Software is already teaching math, but in the same way telephone poles are teaching us to look up every now and then when we text and walk.

Software is not coming after math teachers’ jobs.

Some say “never say never.” We’ve finally reached the awkward chatbot stage. And way ahead of schedule, we’ve seen AI crush the best human players in the intuition-heavy games of Go and even Jeopardy. 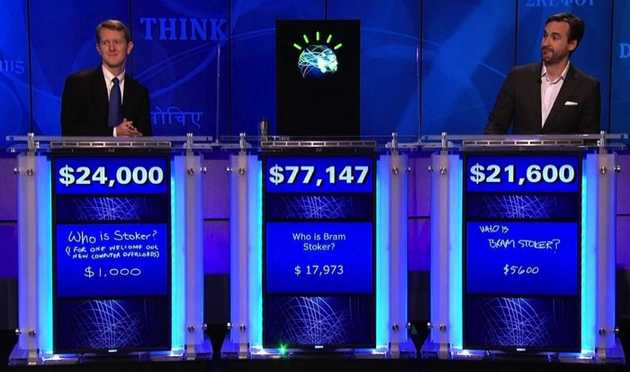 But chess moves and trivia questions are not confused math students. I’ll put my own opinion this way: when our best lawyers and therapists are robots, then we’ll talk.

So while I wouldn’t bet on a legitimate Teach-O-Matic 5000 hitting classrooms soon, for those crazy enough to be working on a prototype, here are three must-haves.

0. Natural language understanding: getting along

Okay, four must-haves, but let’s throw the engineers a bone.

We’re going to pretend the Turing test is a non-issue for this Teach-O-Matic 5000. In other words, let’s assume it can hold its own in a conversation well enough to trick a human into thinking it’s human.

Developers are making incredible progress here, but context is tricky. Tracking where a long conversation has been, knowing why a joke is funny, and deciding whether I mean “ha-ha” funny or “hm” funny — this is where (to my knowledge) machines are still toddler-level, which doesn’t cut it for teaching. So again, for our purposes, we’ll say our Teach-O-Matic 5000 can talk up a storm.

1. Goal-directed reasoning: getting from A to B

The show MacGyver (recently revived as Saturday Night Live’s MacGruber) features a hero who turns absurdly unhelpful materials — a wire hanger and two staples or something —into contraptions that save himself and/or the world from imminent peril.

That’s what I mean by goal-directed reasoning. The math problem equivalent: start with a couple values here, a theorem there, and perhaps a nice diagram, put your knowledge and intuition to work, and cobble together a solution.

Tools like PhotoMath and WolframAlpha can already spit out step-by-step solutions for a wide variety of math problems, taking advantage of the fact that a lot of math problems in today’s classrooms involve some degree of recipe-following.

This is what I don’t mean. Case in point: word problems. They need a deeper level of MacGyver-ing that software can’t yet handle. Natural language understanding alone doesn’t make that happen. Any math teacher could tell you that. Students (understandably) love to talk and hate word problems.

2. Abstract pattern matching: getting the gist

In the last section, I compared MacGyver-ing to solving math problems, and you (hopefully) were on board. That’s this section in a nutshell. Comparisons, analogies, metaphors, and the like.

Again, machines can kind of do this. With enough real-world text they can store words in a way that preserves their relationships to each other, letting them solve word puzzles like “Elephant is to nose as giraffe is to?” (If you said “neck,” then your brain = Google’s entire engineering team.)

And once again, human teachers do a deeper version of this. That is, they make comparisons using any type of information and any level of complexity, from drawing example problems to explaining new things with real-world analogies. And students are hardwired to understand.

Without comparisons, a teacher is doomed to ask the same things over and over with different phrasing, slowly driving students insane. I’ve seen it happen. Not fun.

3. Theory of mind: getting in your head

Another thought experiment: how would the perfect teacher work?

You wouldn’t even need to talk to it. You’d think “I want to learn kung fu.” It would (a) peer into your brain, seeing what you already know and don’t know, or can and can’t do, and (b) fill everything in. You’d then say “I know kung fu,” and challenge your new sensei to a duel. You’d lose.

Getting a sense of what your student wants to know, already knows, and doesn’t know — in other words, part (a) above — uses what’s called Theory of Mind in psychology. It’s how we answer questions like, What was he thinking when he made that mistake on #17? What hurdles did problem #14 put up for her?

Plenty of nonhuman animals, but especially primates, can do a basic version of this. Humans take it to a new level.

Machines are terrible at it, and teaching a complicated skill without this ability would be a nightmare. You’d have to test the student on every earlier skill that the current skill rests on.

Last but by no means least, there’s emotional intelligence. Is your student crushing it and feeling confident? Awesome. Ask tougher questions. Is your student discouraged and impatient? Be more straightforward and slow down a bit. Half the battle of teaching is picking up on a student’s mindset and knowing what would help you if you were in their shoes.

This list may be far from complete, and it ignores the extra challenge of combining these skills on the fly. But there you have it. Without at least these three skills, your teaching software will always come in a distant second to Mr. Jacobs from 3rd period algebra. Or better yet: a Yup tutor.

In the arms race for student attention, no side is winning

Every Brain is a Math Brain